Users may experience issues watching ECHO360 videos in the browser Safari. IaTD are working to resolve the problem. In the meantime please try a different browser such as chrome or firefox.
X

Whether you are looking to play socially or in a serious competition we can offer guidance to the right sporting program for your campus. The Student Representative Council Office offers many sports programs depending on your campus location. Click on the tabs below to find out more information and how to sign up for the different sporting programs.

If you can’t find what you are looking for, feel free to contact the Student Representative Council at src@cqu.edu.au for more information on sports and teams.

If you are a current CQUniversity student, you can sign up to represent the University in one of our many sporting events. These include UniSport (DIV 1 & 2), Chancellors Cup and Indigenous Nationals.

These tournaments are held across Australia and there are more than 30 sports to choose from!

Students from across our national footprint descended on Rockhampton North campus for the annual CQUniversity Chancellor’s Cup, held every year since 2008. Over 30 sports are on offer and CQUniversity sends away various teams each year to compete against the biggest and best from around the country.

2019 Nationals are separated into two different divisions which are held on the Gold Coast. Division 2 is held on July 8 to 11, while Division 1 will be held on September 28 to October 3.

There is only one opportunity to play each sport per year with some sports requiring qualification in Div 1. As a result, each sport division is only played once per year, so if you don't sign up for a certain sport division in Nationals Div 2, it will not be available in Div 1. Contact the SRC at src@cqu.edu.au for more information.

Please monitor your student email for correspondence regarding sign up and details. For more information on 2019 Nationals sports, go to the official UniSport Website.

All based in Rockhampton, our team plays a major role in CQUniversity’s sporting success

We are responsible for helping develop student involvement in the sports sector across the entire campus footprint as well as assisting students in the establishment and governance of student lead clubs and societies. Our team is highly motivated to help students to participate and engage.

The University Mascot was named in a  competition open to the general public revealed Birdy McBirdface as the most popular name, a reference to the 2016 social media story where ‘Boaty McBoatface’ lead the online vote to name a £200m research vessel for the UK’s Natural Environment Research Council (NERC). The name was naturally shortened to ‘Birdy’, receiving chants on the sporting field. Birdy’s cheeky personality boosted team spirit, throughout the Northern Uni Games and the Australian Uni Games. Birdy has been featured at events across many CQUniversity campus footprints.

Make sure you say G'Day to Birdy when you see around!

Check out CQUni's sporting highlights in 2017.

CQUniversity was proud to be the host university for the 2017 Northern University Games (NUG’s). The Games were held on 2–6 July 2017 in Rockhampton and Yeppoon, and was a joint sponsorship arrangement between the University, the Rockhampton Regional Council, the Livingstone Shire Council and Australian University Sport.

130 CQUniversity students were among the 1200 students from 12 Queensland and northern NSW universities, who competed in 13 different sports in the Northern University Games. The Welcome Ceremony was held on the Rockhampton North Campus and open to the general public. A report by lighting specialists National Hire Supplies, who installed a 1000m2 fairy light canopy in the middle of the sports field, estimated 4000 people attended the event over the course of the evening. Vice-Chancellor and President, Professor Scott Bowman, and special guests Mayor Bill Ludwig, Mayor Margaret Strelow and Olympian Anna Meares OAM welcomed the community to the campus and week-long event.

43 CQUniversity students were among 8000 students from 42 universities, who competed in 33 different sports across 30 venues for the Australian University Games, held on the Gold Coast between 25-29th, September 2017. This national event that was subsequent to the July 2017 Northern University Games.

CQUniversity was represented in three team sports (Futsal, Football and Touch Football), along with individual

Achievements and results from the Australian University Games include:

CQUni Master of Education student Taryn Gollshewsky who has claimed bronze in the women's discus at the World University Games in Taipei. Taryn was up against some stiff competition and challenging weather at the event, but she drew on her strength and talent to record a 58m throw. This shot secured her first international medal at a senior level.

The Bundaberg-based student has certainly excelled in her chosen sport over the last few years and will be competing in next year's Commonwealth Games on the Gold Coast. We'll certainly be cheering her on in 2018! 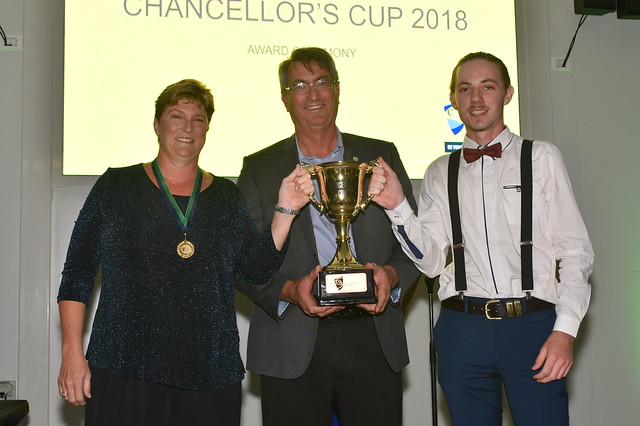 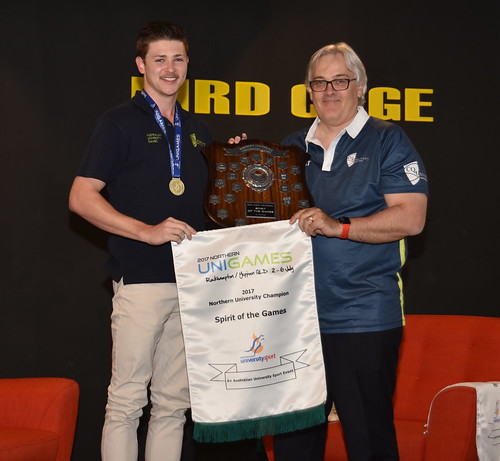 Sports activities and opportunities are supported by funds from the Student Services and Amenities Fee (SSAF). All SSAF funds are used to enhance or extend student services and facilities in accordance with funding guidelines. Find out more about SSAF funding allocation.